By confronting political disenfranchisement and the legacies of colonialism, many 20th- and 21st-century artists combat pervasive stereotypes and contest the systems of insidious misrepresentation that have defined them. Artists such as Fritz Scholder, Aida Muluneh, and James Luna address the disconnect between the realities of Native American and African experiences as they see them and perceptions driven by stereotypes. Contemporary African artist Aida Muluneh seeks to upend essentialist perceptions of life in Africa. Thus, Muluneh writes, “When people think about Africa right now, they often only think about animals, war and famine. I’m trying to distort that impression to provoke questions in a different sense.”5 Performance artist James Luna uses interactivity with his audiences to inspire his audiences to rethink what they consider authentic Native identity and why. Working in the visual arts, a medium once used to oppress and maintain control, these artists engage in disruption and innovation to highlight race as a social construct and unveil the global economic forces that have shaped history. 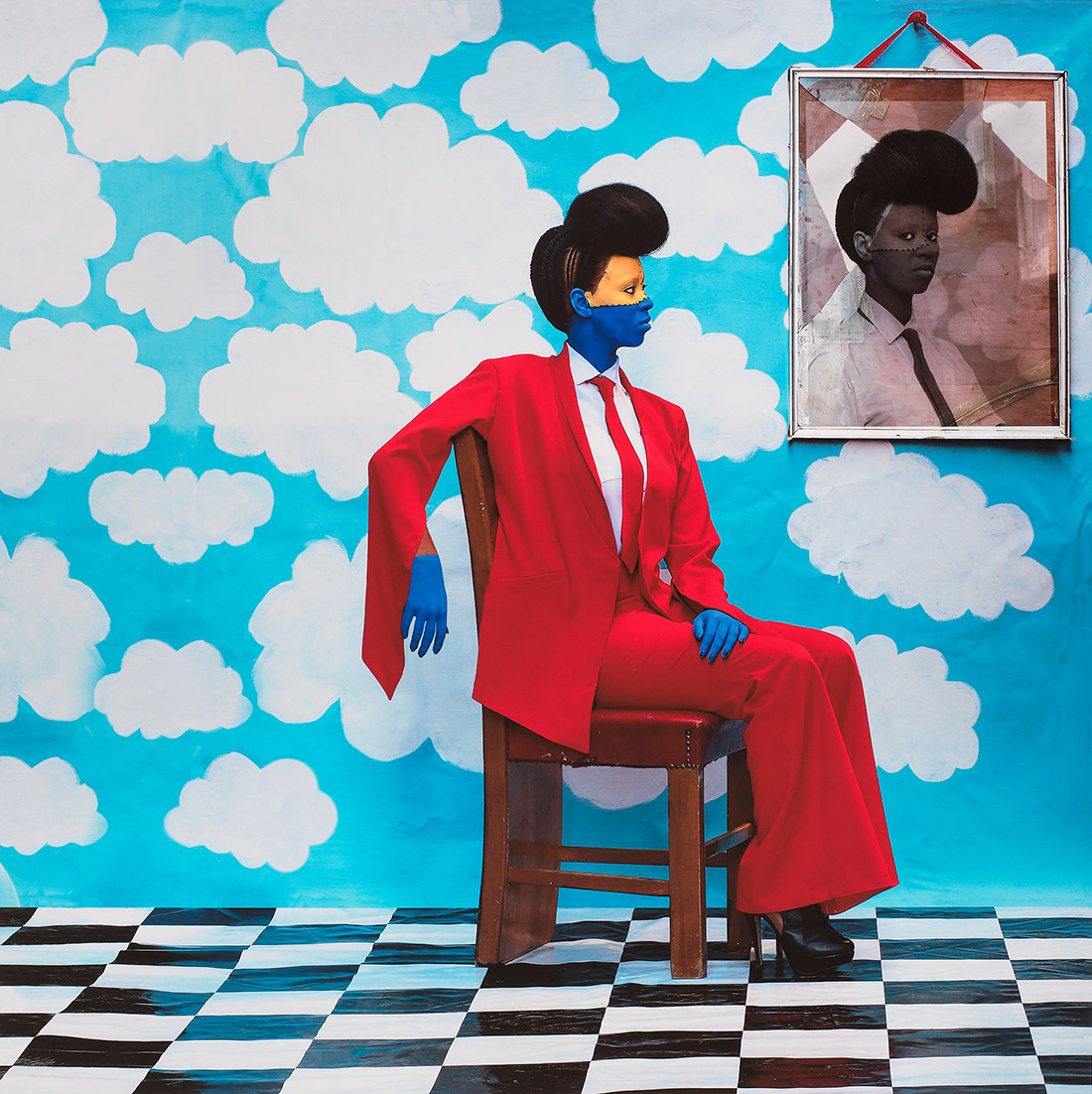 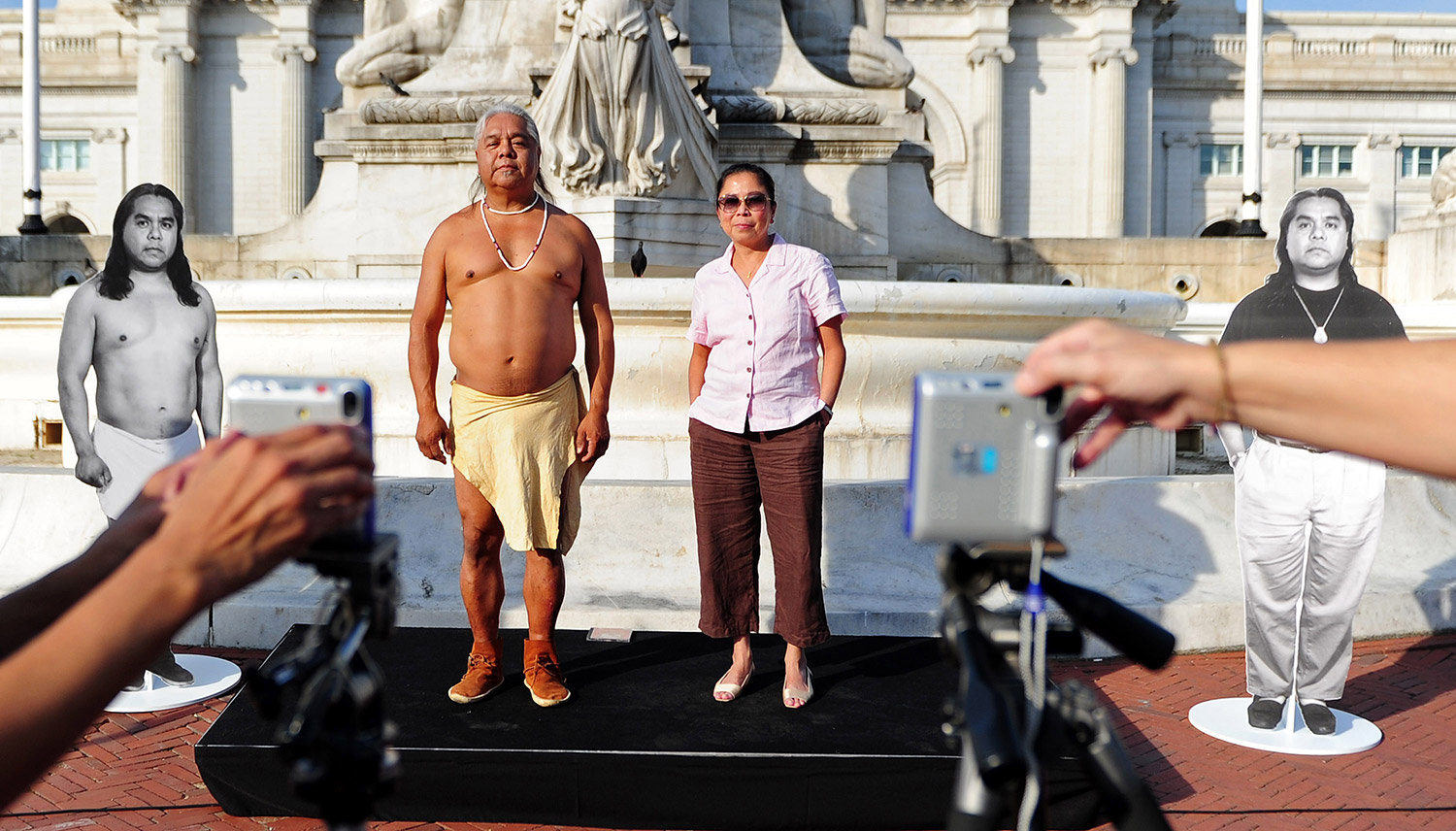 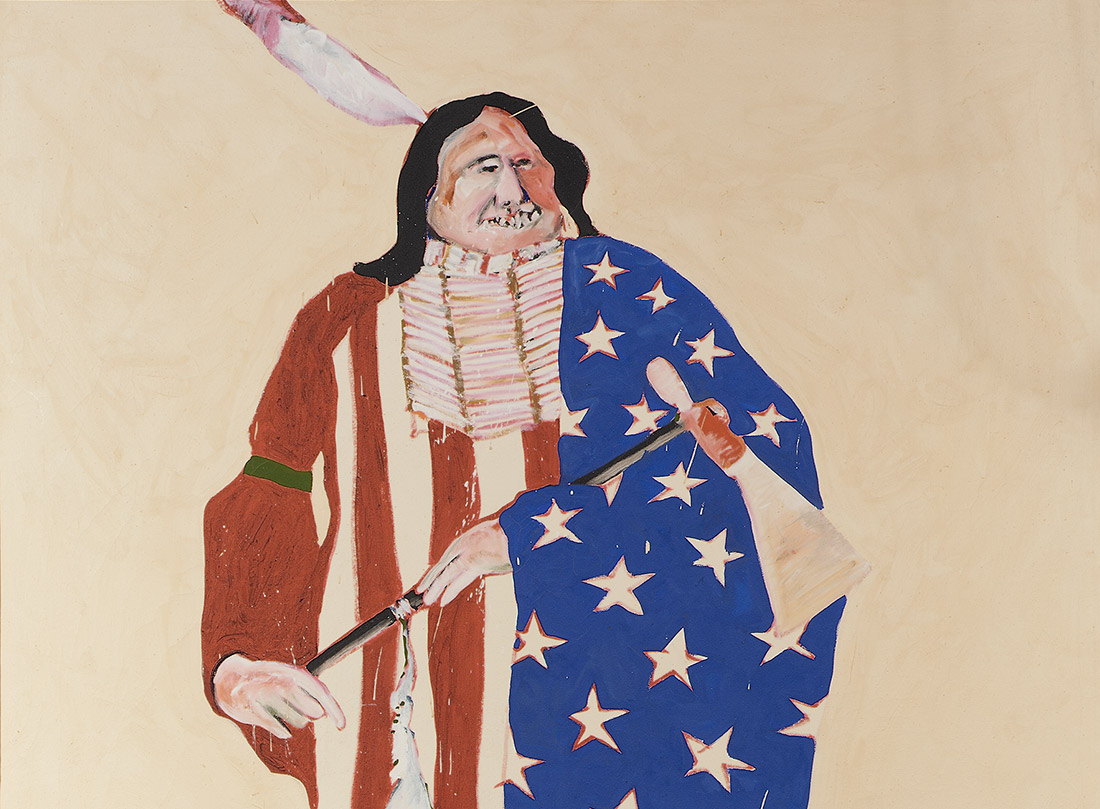 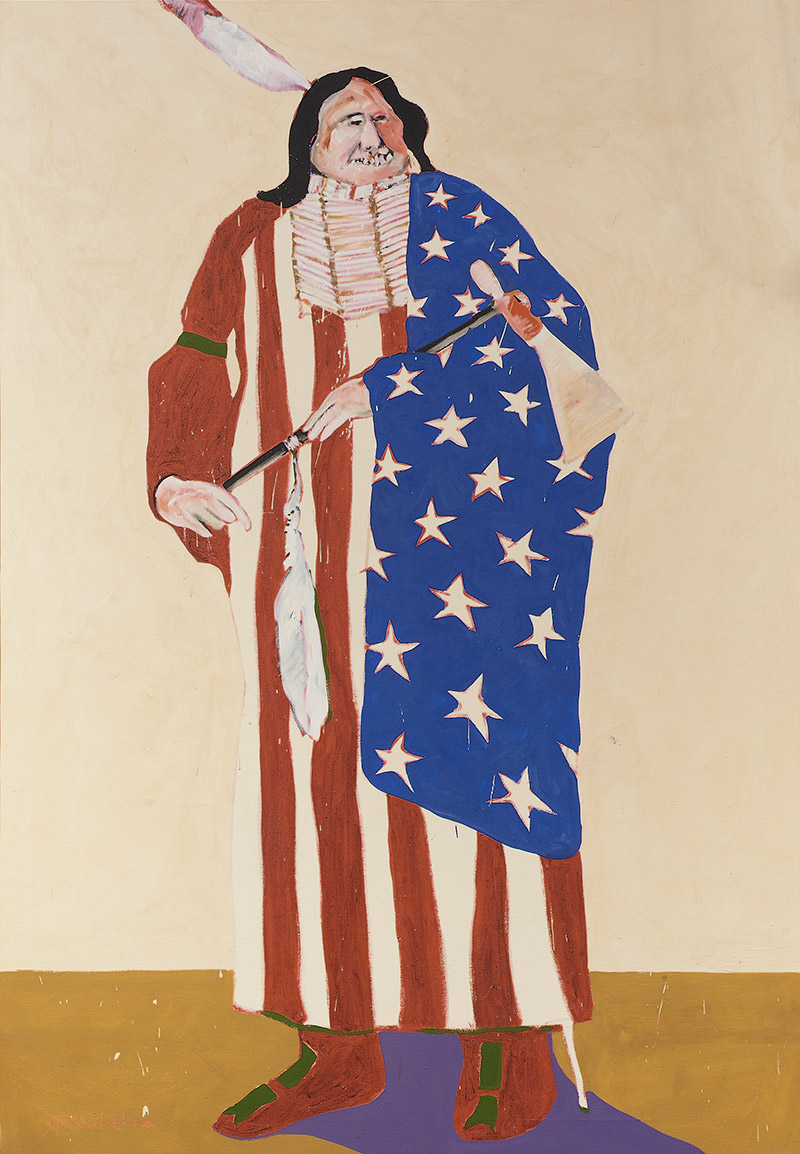 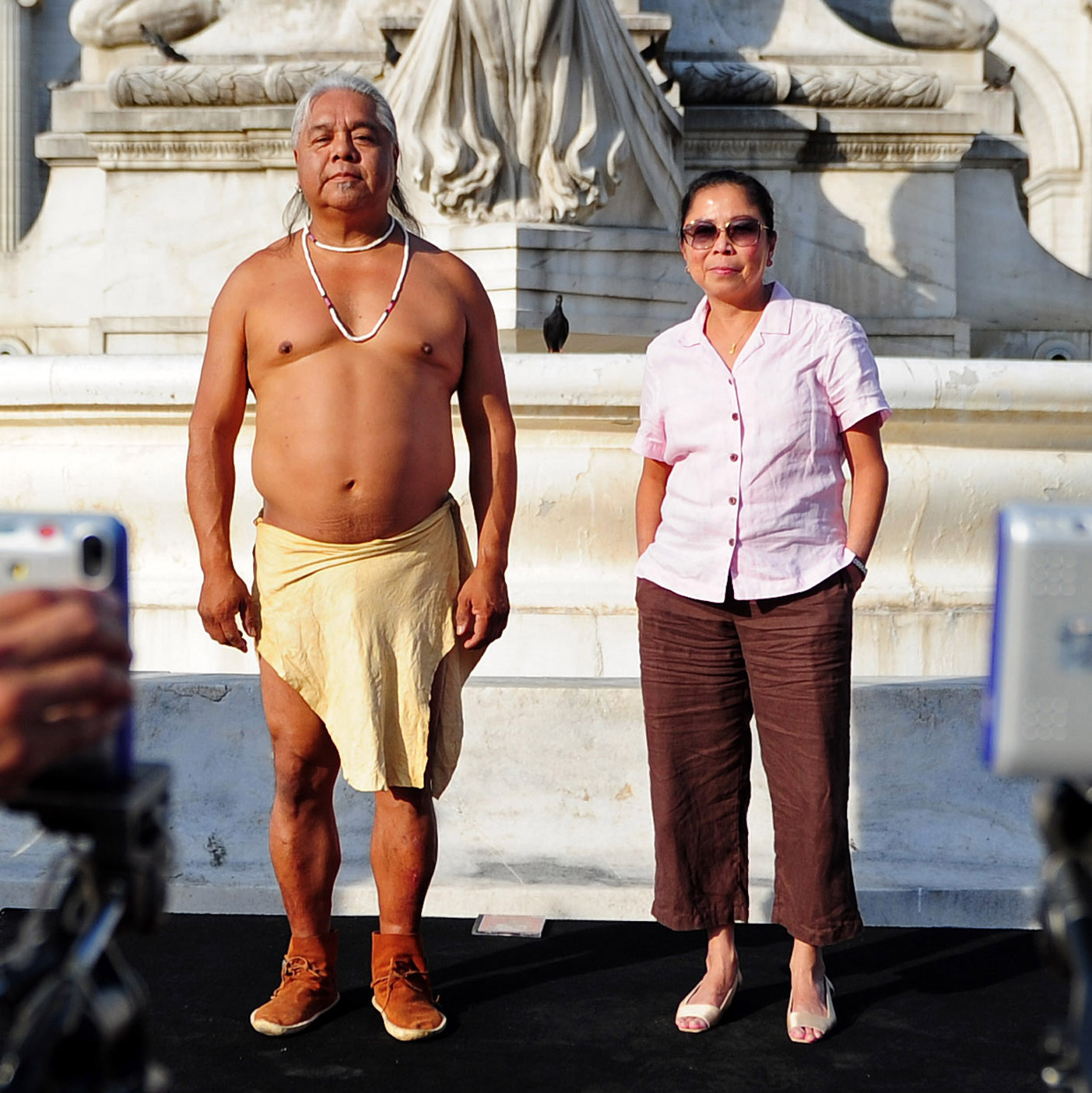 James Luna, Take a Picture With a Real Indian, 2010 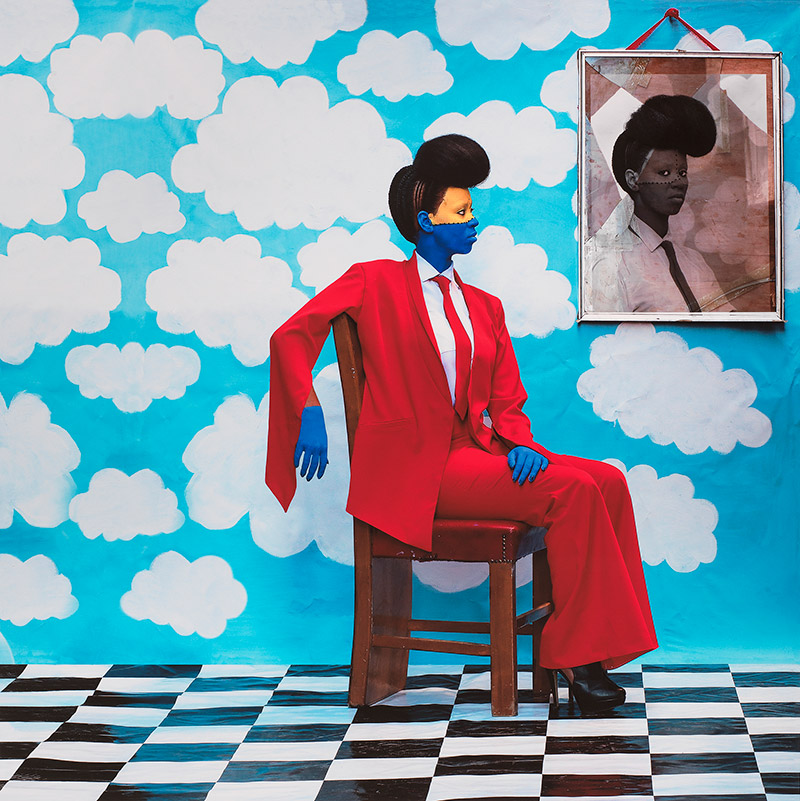 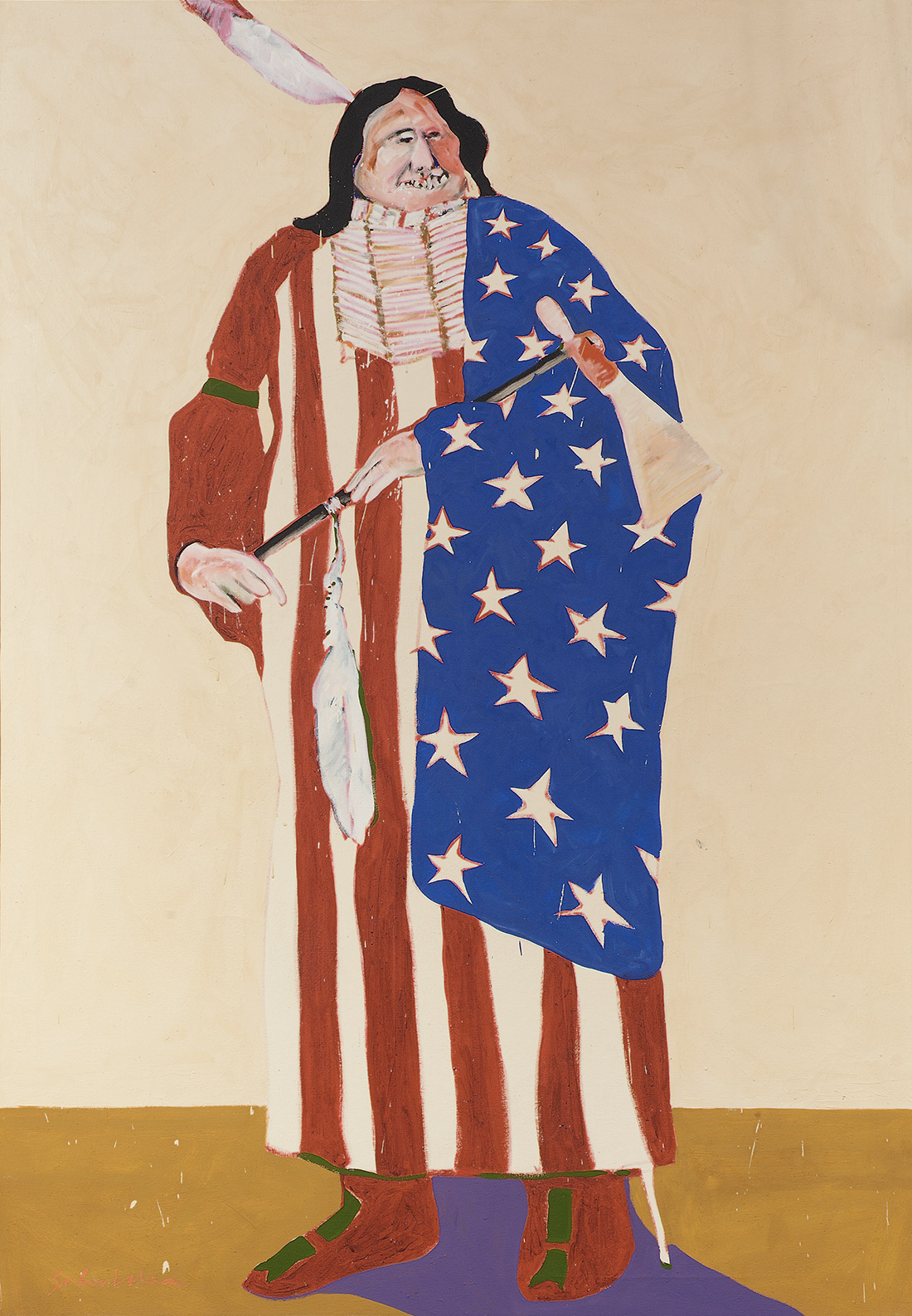 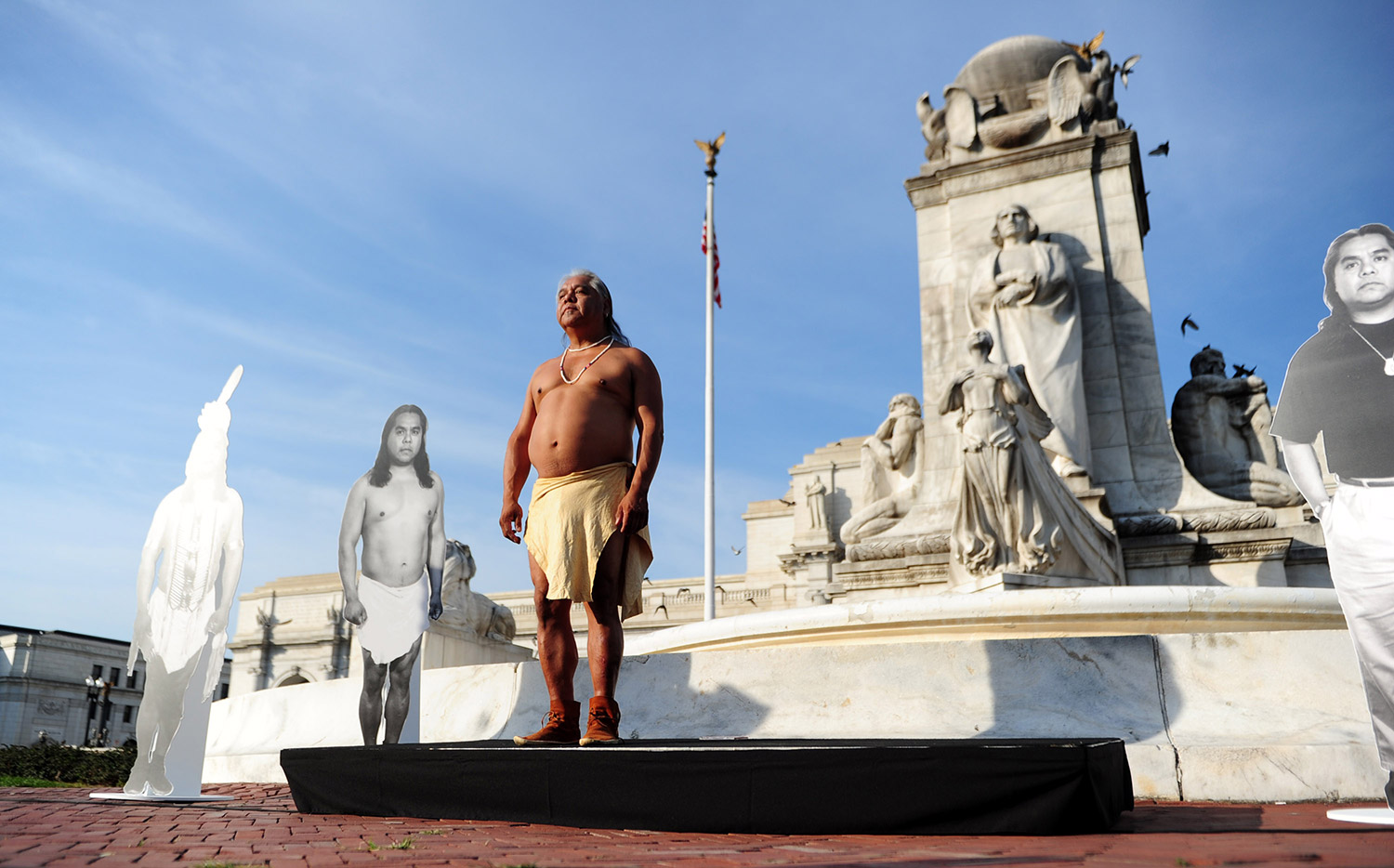 James Luna, 1950–2018, Orange, California, United States, Performance artist James Luna waits to have his picture taken during his piece titled "Take a Picture With a Real Indian," in front of the Christopher Columbus Statue on Columbus Day in Washington on October 11, 2010. In the piece Luna invites members of the audience to pose with him as he confronts commonly held perceptions of Natives Americans. UPI/Kevin Dietsch scroll for more

On Columbus Day in 2010, Native American artist James Luna conducted the performance “Take a Picture with a Real Indian” in front of Union Station in Washington, D.C. Underneath the figure of Christopher Columbus in the 1912 Lorado Taft Columbus Fountain, Luna, dressed in a loin cloth, invited passersby to pose with him. What some may have thought was a celebration of Columbus’s “discovery” of America was actually an ironic critique of the dismantling of Native identity in America. Throughout the performance he changed into different types of “native” garb, including a feather headdress as well as a plain shirt and khaki pants. The performance, held in association with the National Museum of the American Indian’s exhibition Vantage Point: The Contemporary Native Art Collection, reframed the stereotypical notions of what constitutes a real Indian by mimicking actual cultural tourist attractions across the United States in which “real” Indians pose in what is thought to be traditional garb for tourist cameras. He also flips the script on the ubiquitous cardboard cutouts of U.S. presidents that tourists pose with in Washington, D.C., throwing into relief the artifice of politics as well as history. Luna’s seemingly serendipitous encounters with audiences provoke reactions that produce moments of understanding through humor, irony, and confrontation. In this way, both the artist and the spectator create meaning through the shared experience. 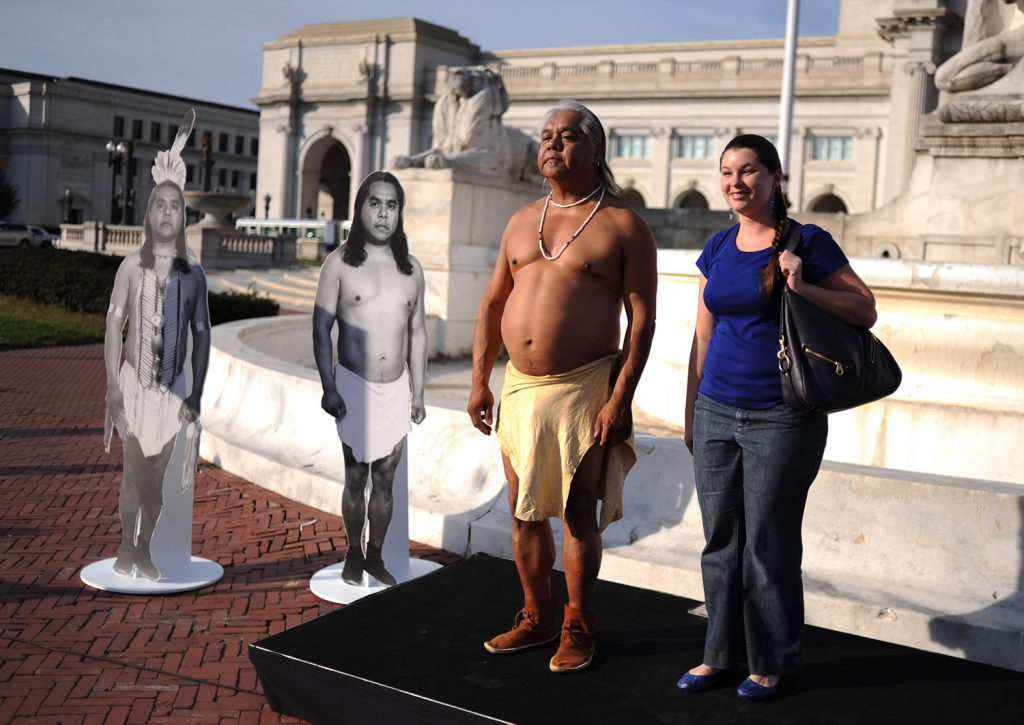 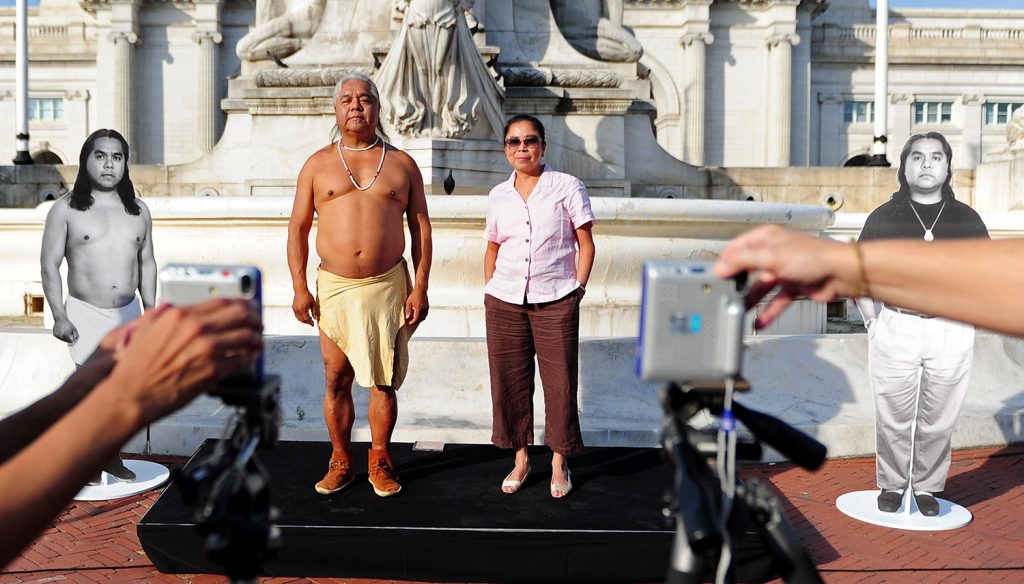 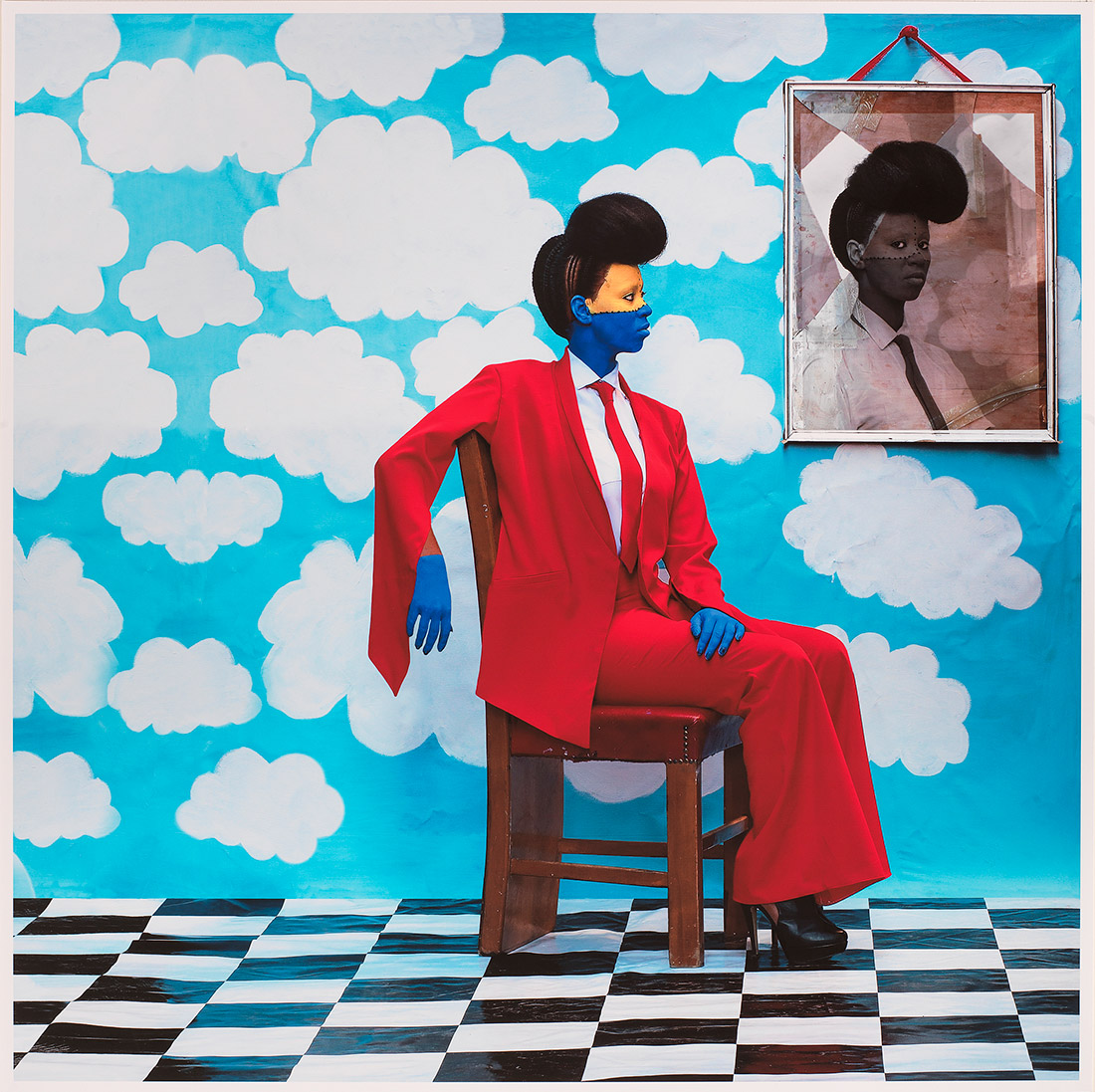 In Sai Mado (The Distant Gaze), Ethiopian-born artist Aida Muluneh disrupts both classic ethnographic imagery of the African “Other” and 20th-century masculinist studio photography practices in her depiction of a richly pigmented and highly stylized seated woman. Muluneh juxtaposes oppositional profile and three-quarter view shots of the same photographed subject to produce a portrait within a portrait. Here, encounters between the direct and the diverted gaze of the black female are staged in plain view. The past and the present intervene and overlap as blue clouds blend into a shattered sepia-toned picture frame through which a woman literally stares back. Rather than reproducing stereotypical images of the African female as a naked object of colonial desire, Sai Mado (The Distant Gaze) problematizes the anthropological lens.